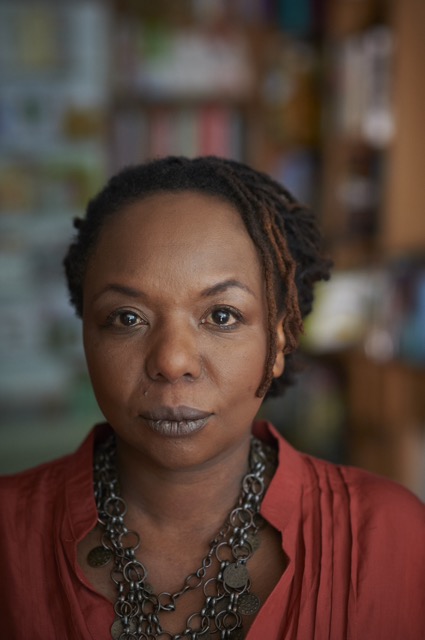 Ellah Wakatama Allfrey is a London-based independent editor, critic and broadcaster. Born in Zimbabwe, she is the former deputy editor of Granta magazine and was senior editor at Jonathan Cape, Random House and assistant editor at Penguin. She sits on the boards of English PEN and the Writers’ Centre Norwich and is Deputy Chair of the Council of the Caine Prize for African Writing and a patron of the Etisalat Prize for Literature. She is the 2014 Chair of the judging panel for the Commonwealth Writers’ Short Story Prize and series editor for the Kwani? Manuscript Project.

Allfrey’s journalism has appeared in the Independent, the Guardian, the Telegraph and the Observer and she is a regular contributor to the book pages of NPR. Her broadcasting includes a series of author interviews for Granta.com and she contributes regularly to NPR’s All Things Considered and BBC Radio 4’s Saturday Review. In 2011 Allfrey was on the judging panel of both the David Cohen Prize and the Caine Prize for African Writing. In 2012 she was chair of the fiction panel for the BOCAS Prize for Caribbean Literature. Her introduction to Woman of the Aeroplanes by Kojo Laing (Pearson, African Writers Series) was published in 2012. She is the editor of Africa39 (Bloomsbury, 2014), Let’s Tell this Story Properly (Commonwealth Writers/Dundrun Press, 2015) and a forthcoming anthology of creative non-fiction by African writers. A Fellow of the Royal Society of the Arts, Allfrey was awarded an OBE in 2011 for services to the publishing industry. She was 2015 judge for the Man Booker Prize.

Current projects include work with the British Council, the Commonwealth Foundation, the Miles Morland Foundation, Jill Waters Productions and the Writers Centre Norwich.